Why Did He Disappear? 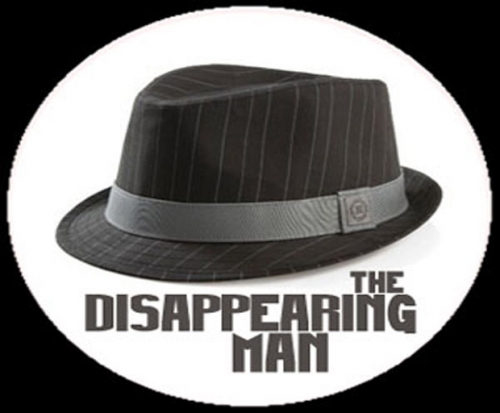 A Jewish Matchmakers Guide to “Ghosting”…

Have you ever gone out on a date where everything “clicked”? The two of you had lots to talk about, lots in common, the dialog was witty, the sexual chemistry was off the charts, and you were certain that it was the start of a happy romance? ….and then… nothing….no call, no text, no email…the guy just disappeared? And you started asking yourself, “Why did I do to turn him off? What did I do wrong? Why did he disappear?” And you began to pick apart the date and discuss it with all your friends, and try to make some sense out of a situation that doesn’t seem to make any sense at all?

What if, instead of something being wrong, something was very, very right? What am I talking about? Those of you who have any knowledge of personality disorders such as BPD (Borderline Personality Disorder), NPD (Narcissistic Personality Disorder), or any of the other cluster B disorders, are probably less inclined to put the blame on yourself when a guy disappears, and to understand that his vanishing act could be a blessing in disguise, and a positive sign of your own emotional health.

The thing is, someone with a personality disorder is fine-tuned to seek out partners who are particularly vulnerable to their methods of madness. They are so good at spotting just the right type of co-dependency in others, that most of the time it’s an unconscious process, although the more sociopathic/psychopathic in nature they are, the more conscious intent goes into their predatory nature. Personality disordered individuals seek out people with a high level of empathy, people who give others the “benefit of the doubt”, people who don’t speak out when something seems “off” because they don’t want to “offend” the other person, and they are likely to put up with or overlook unusual or erratic behavior. They may have low-self esteem or are “needy” and afraid to be alone. Often, they were raised in a household where a member of the family was disordered, and they unconsciously learned how to adapt.

Personality disordered people find these gentle, empathetic, loving people, shower them with attention to reel them in, and then slowly, their toxic behaviors emerge. They can’t help it really, they are only able to play nice for a short period of time because playing nice is hard work – it’s a charade for them. But by the time the Dr. Jekyll/Mr. Hyde personalities emerge, their partner is so dependent upon them and so addicted to the up-and-down cycle of nice guy/bad guy* that they are nearly incapable of getting out of the relationship. Often, the personality disordered individual makes life a living hell for their partner, but they have done so well at choosing a co-dependent personality, that the partner will take the abuse for years before finding a way out of the relationship. And once out, it takes a long time of self-healing, self-awareness, and self-love before the person feel “whole” again.

So what does that have to do with the first date scenario and the disappearing man? Everything. Because if you are a healthy, well-adjusted, self-confident, independent person who trusts her intuition, and isn’t afraid to call a spade a spade and to speak up when things don’t sound “right”, a disordered person will run in the complete opposite direction. The last thing they want is to be called out on their charade, and if they sense you are not an “easy mark”, they will not bother pursing a relationship with you, no matter how great that date was.

So the next time you meet someone that you think is a match made in heaven, and the guy suddenly disappears, consider that a likely reason is that you gave off signals of being a healthy and self-confident person who won’t put up with shitty behavior, so he isn’t going to bother wasting his time….

Congratulations! You just bypassed disaster; consider it reason to celebrate. <3