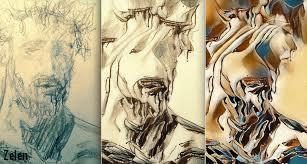 The fourth installment of my series on masculine and feminine energy discusses toxic masculinity, which is a popular buzz term floating around right now and one I feel should be addressed in a series about energies. (If you haven’t yet read Part 1, Part 2, and Part 3, I recommend you do so before continuing).

“Toxic Masculinity” is described in Wikipedia as masculine behavior that is harmful to men themselves, and society as a whole. It usually refers to stereotypical male behavior that includes violence, bullying, objectification of women, homophobia, and misogyny. In the dating and relationship arena, toxic masculinity is chauvinistic, misogynistic, and belittling and is not the empowering, uplifting, and valued energy that I’ve discussed as masculine in my previous posts.

Masculine energy is healthy when it remains balanced and focuses its strengths toward protecting, supporting, planning, organizing, and building. It goes to a toxic level when it morphs into controlling, manipulating, degrading, bullying, and destroying.

Unfortunately, the many positive traits of masculine energy are frequently not the traits that our western culture focuses upon, holds up as examples, or stresses to our young and impressionable boys. Men who move through the world in toxic masculinity often wear it as a sort of badge of honor and many express it with pride because it is so widely accepted in our society as normal “alpha male” behavior. It tends to run unchecked when men gather together in large groups or find themselves in primarily masculine environments where between one another, this toxic behavior is regularly supported, condoned, and even encouraged.

Common phrases such as, “every man for himself”, “boys will be boys”, “it’s a man’s world”, “boys don’t cry”, “he only picks on you because he likes you”, and “men are just ‘programmed’ that way” are used to excuse behaviors that are dysfunctional, unhealthy, and inherently negative towards others. In addition, toxic masculinity belittles emotions and the healthy and natural expression of them, and demeans men who openly share their emotions and feelings. All human beings are naturally ’emotional’ unless stunted by their upbringing, social norms, or environment and men who routinely repress theirs are statistically more likely to experience repeated failed relationships, disatisfaction with life, anxiety, and depression.

Non-toxic masculine energy is rich with positive, life-affirming characteristics such as wanting to protect the family as well as the members of society who are weak and/or unable to protect themselves, financially supporting the family and contributing to the building of society, the drive to excel and ability to focus, taking pride in one’s accomplishments and being driven to improve oneself and the community. All of these are expressions of masculine energy that are crucial to a happy home, healthy relationships, well-adjusted children, and a well-functioning society.

Toxic masculinity can be expressed overly, covertly, or in a passive-aggressive manner but the underlying negative current is the same. I encourage you to take notice when this energy is expressed in your environment and strive to eliminate it from your personal energy field. In a global environment that requires increasing levels of tolerance, acceptance and cooperation with others, we would do well to teach children how to channel their masculine energy towards positive expression, and to approach all forms of life on this planet with respect and admiration for the special energetic gifts that we all possess and contribute.