The Truth about Women and Bad Boys 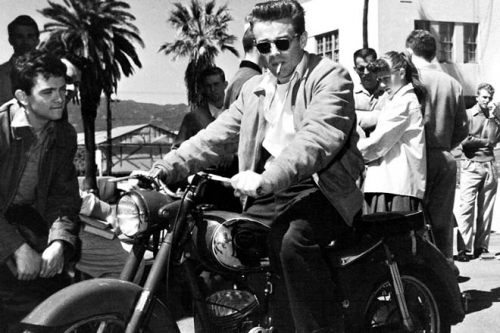 A Jewish Matchmaker takes on the myth of the ‘bad’ boy..

Over the years, I’ve heard many men (both clients and personal friends) affirm their belief that women like “bad” boys and because they are “nice guys”, they inevitably get tossed aside for a troublemaker. As a woman, I can personally confirm that I am not attracted to bad boys, nor have I found the majority of women I know to be attracted to such a type. Yes, many women are attracted to a guy with an “edgy” look – but rarely does she actually want him to be a “bad” boy i.e., a man who will treat her badly, cheat on her, lie to her, and either physically or emotionally abuse her. Unless the woman is herself emotionally unhealthy, she is not seeking an abusive partner, and the woman who prefers an edgy appearance is hoping to find a heart-of-gold underneath.

The truth is, a man who looks like a rebel or a tough guy – maybe he has tattoos, maybe he has an unconventional haircut or goatee, maybe he rides a motorcycle – whatever fits the stylistic definition of “edgy” at a given time, can be extremely appealing because that type of man typically exudes a confidence that the less-daring personalities lack, and THIS is what women are attracted to. It’s not about being a “bad” or abusive person – believe me, this is NOT what women want – it’s about a certain level of confidence that men who are not afraid to defy conventionality exude.

A male friend of mine recently shared this exact bias with me. We were discussing his dating history and he told me that his experience has been that after a couple of dates, most women end it by saying that they only want to be friends with him because he is “too nice”. Of course, he interprets this as implying that these women want someone who is “not nice”, but in fact, it’s not even about being “nice”. Women absolutely want a man who is nice – a man who is kind, generous, thoughtful, loving… What we don’t want, is a man who lacks confidence, a man who is unsure of himself, a man who constantly needs outside confirmation of his appeal, his skills, his intelligence, etc…, and we label this “nice” out of a lack of awareness as to what we actually mean by “nice”, and a desire not to hurt someone else’s feelings.

If a woman tells a guy that she doesn’t like him because he lacks confidence, well, what’s the point? He’s not going to suddenly develop confidence, and she may hurt his feelings in the process – he may not even be in a place where he can admit that what she’s saying is true – that he lacks confidence – and it may result in an argument – so women avoid that scene by concluding: “you’re just a nice guy”.  In addition, the woman herself may not have given enough objective thought to the man’s personality in order to realize that it’s his lack of confidence that is the turn-off, not his niceness, since a lack of confidence can often be misconstrued as “nice”; but it’s not really about “nice”; it’s about self-esteem.

One of the biggest turn-offs for women is a man who lacks self-esteem. We want a partner who has got our back, who will defend us and our family, if necessary – someone who can take control of an out-of-control situation and yes, we also want this man to be “nice” – we just don’t want him to be a pushover.

So I call on my male readers who have found themselves to be the recipient of those infamous parting words, “you’re too nice” to take an honest look at your level of self-esteem. It’s an ego-crushing moment when you admit that you lack self-confidence, and it requires a high level of self-awareness to acknowledge, but if you’re hearing those words from a lot of women – take my word, it’s your lack of confidence they are running from.

And if you’re a woman who is about to let a guy down “easy” by telling him that you don’t want to date him because he’s “too nice”, ask yourself if it’s truly about his niceness, or if it’s actually about a lack of confidence that you’ve picked up on. If you can be honest with him, do so – in the long run, he’ll benefit – and at the very least, you’ll help me to dispel the notorious Myth of the Bad Boy.