The Alternative to Ghosting 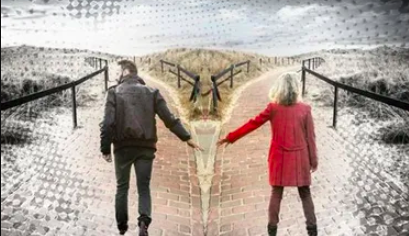 “How do I let someone know I’m not interested? He’s a nice guy and I don’t want to hurt his feelings.”

As a Jewish matchmaker, I get this question a lot (versions from both sexes) - and I see it posted in many singles groups. I’m taken aback when adults seem to find it difficult to be honest and direct about their feelings. Everyone knows how important good communication is in a relationship, yet we can’t even master it with strangers or new acquaintances. How can we hope to speak our truth about difficult topics with our partner if we aren’t secure enough to tell a near-stranger that we aren’t attracted?

Here is where ghosting comes in. Ghosting is the cowardly way of side-stepping around our insecurities. For many, it’s about avoiding confrontation. It’s easier to disappear like a ghost than to face the possibility that the other person might get defensive, argumentative, or try to talk you out of moving on. Part of it is the dreaded “why?”  We really don’t want to have to give the reason we are not interested. We don’t want to be put on the spot.

Ghosting usually occurs early in communication or within the first few dates. It’s a sign of respect and emotional maturity to give closure to the budding romance. For someone to ghost in the middle of a steady back and forth dialog or to stop calling after a few dates is inconsiderate. Yes, there are couples who date for months and suddenly one of them vanishes without explanation. I don’t consider that inconsiderate; I consider that being an a$$hole.

Many singles have told me that the reason they ghost is to avoid “hurting” the other person’s feelings. Surely it’s more painful if someone you like suddenly stops responding to you, than if he/she tells you they are no longer interested. And just how big is your ego? Do you think it will break the other person to be told you are not interested in pursuing a relationship?  No matter how “into you” you think someone is, they had a life before you and will have one after you. Sure, there might be disappointment - it’s a drag to be attracted to someone who isn’t attracted to you, but it’s not going to crush them. If it does crush them, then it’s not really about you but more about their tragically low self-esteem.

Truthfully, I expect more from adults. I have no problem accepting that after a few dates, a guy might decide that he isn’t interested or we’re not compatible long-term. That’s what the initial communication is for; that’s what dating is for - to see if there is chemistry, attraction, and enough interest to pursue a long-term relationship. Personally, I would be more offended that this stranger thinks I’m so emotionally weak that I can’t handle the fact that he isn’t romantically interested and wants to move on.

Do you find it difficult to tell someone you’re not interested romantically? Are you guilty of pulling a disappearing act and ghosting? There are many ways to let someone down gently that don’t require going into detail about your reasons for moving on, and both of you can walk away with your dignity intact.

Ghosting is confusing and uncomfortable. Some people make up an excuse for their exit saying things like; they aren’t ready or don't have time to date right now, they’ve met someone else or they're going through some personal stuff. Most people appreciate honestly and directness - particularly those who have been ghosted before. You don’t need to make up a lame excuse and you don’t need to provide a detailed explanation.

Direct and kind is the way to go: “I want you to know that I’ve really enjoyed spending time with you and getting to know you, but my feelings are not moving past friendship. Since we’re both looking for something romantic, it’s best if we move on.”

That’s it. That’s all you have to say. If the person pushes for a reason, repeat the reason you have already given, “My feelings are not moving past friendship and if they were going to, they would have by now”. Even simpler, “I’m only feeling friendship for you, and I’m looking for more than that.”

When it doesn’t, do your best to handle it like an emotionally healthy human being.