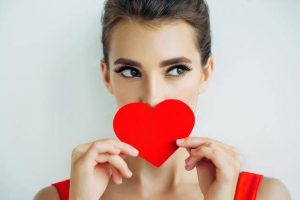 ‘Red flag” is a term one hears a lot when discussing relationships – particularly in the early stages when we are on the lookout for any behavior that might indicate that our new love affair is going to crash and burn rather than grow and flourish. Some red flag behaviors are easy to spot such as an explosive temper, abusive language, or asking for money, but many red flags show up as subtle cues – at least at the beginning, when we are often so caught up in the excitement of a new romance that we don’t catch the behaviors that indicate something isn’t right with this person – the subtle red flags.

If you’re really tuned in, you can identify the unhealthy comments and behaviors in ‘real time’, and you’ll have no doubt that this is an emotionally unhealthy person. If you’ve ever been in a relationship with a disordered individual such as a narcissist, a borderline, or another abusive type, you are more likely to pick up on the cues and listen to your gut than someone who hasn’t been in such a crazy-making scenario. Personally, I don’t always catch the cues in real time, usually it’s when I’m reviewing the date in my mind and mentally playing back the conversation and interaction that I catch the unhealthy dynamic.

Even if you don’t catch it in their words or actions, you might notice that you don’t feel completely comfortable with this person and that something is ‘off’ – you might feel your body withdrawing or closing up when you are around the person, or you may notice that you feel sad or depressed or feel less good about yourself after spending time together- these are also subtle red flags. But you will only notice these physical and emotional symptoms if you’re really tuned into your body and if you have not let yourself be emotionally caught up in the newness of romance.

I recently went out on a date with someone that exhibited three subtle red flag behaviors. I didn’t catch these in ‘real time’ but only after pondering the date afterwards – although I did notice that my body was very closed up around him. I met with him twice, but when I tuned in to how my body felt around him and reflected back on his actual words and behaviors, I declined date number three.

So what are these subtle red flags?

First is pushing boundaries. Boundaries are like your own personal forcefield and they are as individual as each of us. There are no right and wrong boundaries and no one has the right to tell you that your boundaries are out of line or unacceptable. Boundaries are there to ensure your personal comfort level. One of my personal boundaries is that I don’t give out my phone number to someone I’ve never met, so we scheduled our first ‘date’ via email and this is the way we communicated. When he asked for my phone number, I told him that I don’t give out my number before a face-to-face meeting. Instead of accepting this as a valid boundary of mine, he pushed back with comments such as “Oh, I hope I don’t have trouble finding the restaurant…”, and later on, ’What if I have a delay and need to reach you?” I replied that we are both adults with smartphones and if there is a problem he can send an email, which I’ll immediately see. He really pushed the point after our first date when I told him that while I was open to a second date, I still wasn’t ready to give him my phone number. It began to feel as though getting my phone number was some sort of ‘prize’ that would make him feel more secure. Ultimately, not giving him the number saved me from needing to block him or fielding unwanted calls later. In a nutshell, boundary pushing (and crossing) is a no-no in a healthy relationship – hold firm to yours!

The second subtle red flag is projection. Wow – this was a biggie with him. I wish I could remember the details of all the ways he projected his thoughts and feelings onto me during our brief time together, but I don’t. I do remember that it was so irritating that at the end of our 2nd date, I came right out and told him that I wasn’t sure I wanted to go out with him again and one of the reasons was that he was projecting thoughts and beliefs onto me that weren’t mine. It was almost as though he had no concept of where he ended and I began. And these projections of his became his actual memories, with him recalling how I felt about something that heppened on our first date, when in fact, he was describing how HE had felt. It was unnerving. Projection is something that people do when they are unable to accept their own thoughts, feelings, beliefs and/or they are unable to see you as a separate, autonomous individual apart from them. Whatever the underlying reason, it’s a sublte red flag. Long term, this behavior is not just irritating, it’s a sign of someone who will not be able to validate any feeling of yours that does not mirror how they feel.

The third subtle red flag that I noticed with his lack of ‘curiosity questions’ with regard to my interests. He enjoyed talking about and showing me pictures of the art he creates, his involvement with gardening, his experiences with meditation and fasting, but when I discussed an interest that we share or brought up a different interest of mine, he didn’t ask a single inquiring question. While I would flesh out the conversation with questions in order to learn more about him, he simply did not do that, so the conversation invariably reverted back to him and his interests because I was the only one asking questions! I don’t even think he was listening when I spoke of my interests; I think he was only waiting to speak about himself again – classic narcissistic behavior. If you are paying attention this is a subtle red flag that is easy to pick up – if your date doesn’t ask questions and attentively listen to your answers – they are not truly interested. Don’t bother giving them any more of your time and attention.