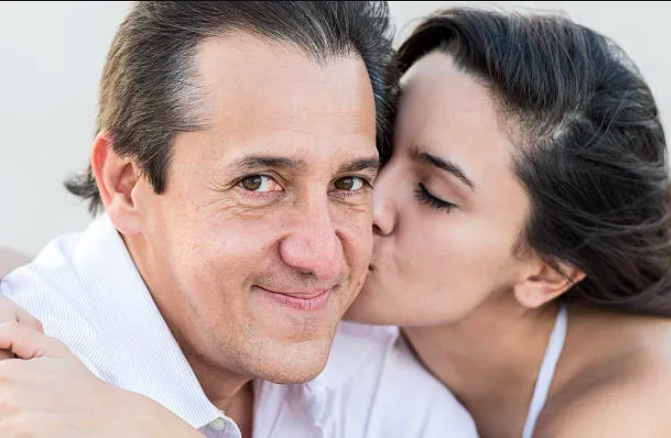 The idea for this post started as a mental rant based on my experience as a Jewish matchmaker witnessing what I consider to be an unrealistic expectation of many older men. That mental rant expanded to include scientific research which reports an alarming decrease in male sperm count over the past few decades, and a decrease in fertility in both sexes.

Let me start with the rant. As a matchmaker, my goal is to introduce Jewish men and women who can connect and form a loving bond. If that bond is blessed with children, I feel blessed to have played a small part in the formation of a new Jewish family line, but even without children - the creation of a happy and loving Jewish couple brings me the same amount of joy. Anything that seems a stumbling block to the creation of a loving Jewish couple frustrates me to no end - particularly those stumbling blocks that the singles themselves erect.

One of these stumbling blocks is older men who are single-mindedly focused on having biological children - so focused on it that they have unrealistic expectations and demands for a partner. I’m mainly referring to men 50+ who refuse to date a woman past her child-bearing years. I get that you want children of your own but you’ve got to be honest with yourselves. The first question to answer is “Why did I not marry and have children in my 20’s, 30’s or 40’s?” Those are the ages that this dream is most likely to become reality.

So now, you are stuck in that mindset of wanting your own children and unrealistically expecting a woman in her late 20’s to early 40’s (and this is a stretch since the majority prefer the woman to be no older than 39) to be attracted to you. Could it happen? Sure, it could happen and it sometimes does, but the odds are very, very slim. If you are a fit, healthy, attractive, and financially successful man in his 50’s who is regularly approached by and and regularly dating younger women - it might indeed happen for you.

This is not the description of most of the men I see. The majority of men I see are very average looking men with a very average body shape (sometimes quite unhealthy and unfit) who don’t attract a lot of female attention and don’t date a lot. Is this you? Can you be honest enough with yourself to see yourself in this description?

I’ve likely p*ssed off a lot of men at this point. That’s okay. I’m not trying to be mean, I’m trying to give you a reality check. I want to help you find a wonderful partner. I want love and a happy long-lasting relationship to be your end goal - whether or not children are the result.

You are full of love; you are love. Human beings are full of love and made from love - the love of the universe, the love of G-d, the love of our parents. You have sooooo much love that you hold inside of you, yet you refuse to share it with others without condition. Sadly, you are actually withholding this love from yourself. It is you who suffers in this.

Your odds of finding a wonderful partner in your age group, past her child-bearing years, maybe no longer slim and trim, maybe some graying hair and laugh lines — yet who is able to receive your love and return it are far greater than your odds of finding a woman a decade+ younger, fit, slender, single with no children who wants to marry a father figure.

Now here is where the science comes in: According to a Newsweek article from 2021, male sperm count and quality is declining; ”Talk of declining sperm is nothing new. Back in 2017 the topic made global headlines after a huge study concluded that sperm counts in western men had fallen by over 50 percent between 1973 and 2011.”

“The 1990s saw significant development in the research on male infertility where reliable results proved a decline. A 1992 Danish meta-analysis, commonly referred to as the Carlsen study after the principal author, showed that between 1938 and 1990 a population described as healthy men had experienced a significant decrease in sperm count and seminal fluid volume and thus sperm quality. Following this study, substantial funding was given to further studies which were conducted to support this thesis to attempt to determine the causes of such a decline.” Wikipedia

But it’s not only sperm on the decline: “…the whole spectrum of reproductive problems in males are increasing by about 1 percent per year in Western countries. This “1 percent effect” includes the rates of declining sperm counts, decreasing testosterone levels and increasing rates of testicular cancer, as well as a rise in the prevalence of erectile dysfunction. On the female side of the equation, miscarriage rates are also increasing by about 1 percent per year in the U.S., and so is the rate of gestational surrogacy. Meanwhile, the total fertility rate worldwide has dropped by nearly 1 percent per year from 1960 to 2018.” Scientific American 2021

There are some who say these studies are flawed and inaccurate. I am not qualified to make a judgement. I can say that I’m seeing more female clients say they are open to adoption over having their own biological children - and these are women in their 20’s and 30’s.

My point is that even if you are an older man who eventually marries a younger woman, there is still no guarantee that you will have children with her. Maybe the issue will be your fertility - maybe it will be hers, but the possibility that you may not be able to reproduce is a real one. What would you do then? Divorce your younger bride and keep looking? If it is your destiny to have biological children, you will have them and nothing will prevent it - just like our matriarch, Sarah. But it is not the destiny of everyone.

I beg you - try loving for the sake of loving with no goal or conditions.