How self-objectification limits you 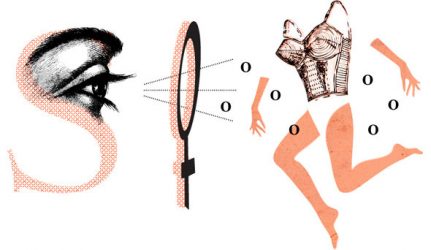 A Jewish matchmaker discusses the dangers of self-objectification

As a Jewish matchmaker, I witness objectification when singles make a decision about a match based on the photos instead of speaking to the person or meeting face-to-face. Sadly, we also objectify ourselves. When a woman or man judges personal worth on how physically attractive they think they are (or aren’t), this is self-objectification. The woman might think she has to dress provocatively or layer on makeup to be attractive or worthy of attention. The man might think he needs a six pack, massive biceps, or a certain penis size to attract a partner. Instagram is a great example of a platform for sexual self-objectification. But it’s not all about sex.

Another form of self-objectification is being unable to separate who we are from what we do. Our career becomes our identity. We build an entire persona for ourselves around what we do for a living. We connect our worth as a human being to the job that we do. This is dangerous for many reasons, the main one being that if we lose our job, title or skill, we may feel useless, unworthy, and lost.

Excelling at a sport or activity and identifying as a ‘football player’ or ‘concert pianist’ instead of as a human being who ‘plays football’ or ‘plays piano’ is also self-objectification. “Roles’ are other areas of self-objectification and many of us strongly identify in our role as mother, father, or caretaker and base our worth on how well or poorly we feel we are doing in that role.

The world is good at making us feel that our value is in our looks, what we do, or what we know, so we’ve lost sight of the truth; we are worthy, valuable, and enough simply by the virtue of being alive. We exist – and that is where our value is. Life is a gift. Living a life where what you do adds beauty and meaning to this world is a worthy goal, but it doesn’t make you more valued as a human being. If you chose to sit on your bum all day and watch TV, you are still worthy. You likely won’t experience much personal growth, but maybe personal growth isn’t important to you. Perhaps being entertained is what brings you joy. Does that make you less worthy as a human being? Although our culture has ingrained in you that the answer is ‘yes’, this is a lie.

If you’ve ever lost your job, lost a physical (or mental) ability, or experienced a physical change that you judged negatively, then you’ve likely experienced the feeling of inadequacy that accompanies self-objectification. Sure, you will have moments when you judge yourself favorably and will feel that boost in your ego and self-worth, but this is a tenuous feeling that can crumble in an instant. Knowing our intrinsic worth and value as a human being alive on this planet at this time is a feeling that can never be taken away.

If you’ve internalized a message that you are “less than” because you are not a ‘blonde bombshell’, porn-star sexy, uniquely skilled or highly educated, you may suffer from feelings of inadequacy. Or maybe you possess those qualities yet you still feel inadequate because of some other perceived ‘flaw’. Don’t buy into the brainwashing. You cannot be inadequate as a valued human being. Your self worth is not tied to what you do, what you know, or what you look like; you are worthy because you exist.

My dear, dear friends, this is more than enough.

Enjoy this brief but inspiring Ted Talk on self-objectification.

What should you know before falling in love? Click here for a Jewish matchmaker’s perspective.