How I Became a Matchmaker 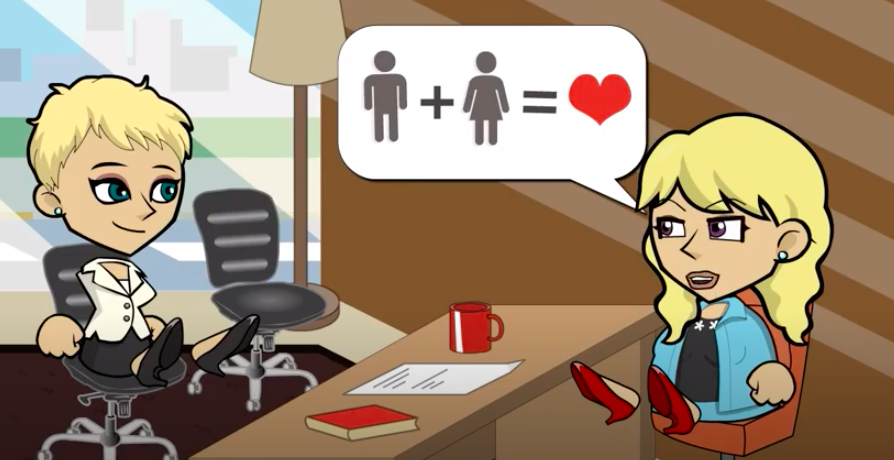 I am often asked how I got my start as a Jewish matchmaker. It’s not a career path with a standard education or defined curriculum. There is no formal structure nor is there a set trajectory or series of tests that let you know you are doing it “right” or headed in the ‘right” direction. It’s a dynamic profession that is utterly unique and totally individualized. Every matchmaker has his/her own style, personality, methodology, perspective, structure, and of course, intuition!

Intuition plays a big role in matchmaking - at least it does for me. I have always been good at reading the energy of other people. I’m social. I love to talk with people and I love listening to their stories. I’m fascinated and intrigued by the life stories I am privileged to hear during the initial consultation with a potential client. I’m spellbound. Each of us is a complete yet open-ended novel of experience and perspective and no one is exactly like another - yet - some are more alike than not. As a people-person, I can objectively and intuitively know whether or not two people will hit it off.

Born and raised in Argentina, my outgoing and social nature gave me a large circle of friends and many adventures. I’m a passionate, enthusiastic woman with a good sense of humor and I laugh easily. As an adult, I ventured out of Argentina and made my way to London where I met and married my first husband. He was not Jewish but he was an alcoholic. When the marriage inevitably ended, I returned to my hometown and family in Argentina and decided to focus on building a career.

I was now fluent in English and understood how many doors this could open. I wanted a career that gave benefit to others so I began tutoring in English. I soon became overwhelmed with the demand and began hiring others as teachers. I went from strength-to-strength and it wasn’t long before I had a team of English teachers working for me and I moved into a supervisory/management role in my own organization. Hashem certainly put the touch of success on that venture - but Hashem wasn’t done. Little by little I began to get curious about my Jewish roots. It felt like something special and I longed to feel Jewishly connected.

My curiosity about my roots paired with the economic free-fall that was occurring in Argentina prompted me to take the plunge and make aliyah. Wow. Talk about life-changing. I gave up everything - my home, my friends, my career. Back then, it really felt like you were leaving everyone and everything you loved behind. This was before Skype, Whatsapp, and Zoom. Email was widely used but oversees phone calls were very expensive and I was about to be unemployed. I landed in Israel alone and not knowing a soul in the country, but I immediately felt at home.

No job was beneath me. I didn’t speak or understand Hebrew, but I needed an income. Like so many others, I began cleaning houses. I’m neat and orderly by nature, but cleaning houses was not a job that I enjoyed or wanted long term. Thank G-d for my English. My fluency in English landed me a position at a world-renown jewelry chain with a shop in the King David Hotel. Now I was living in Jerusalem, working at the King David Hotel, and had a little apartment on Sokolov Street. I was surrounded by fellow Jews in the most holy city and country in the world. I was ecstatic. My outgoing personality quickly provided new friends - mostly Spanish speaking or English speaking. I still had to tackle Hebrew! I began learning in ulpan, but struggled terribly with a language that just didn’t come naturally to me. It’s so much easier when you grow up hearing Hebrew around you.

Amidst all these major life changes and the thrill of living in Israel, I was excited at the thought of finding my Jewish husband. Here I was in the most Jewish place on earth - surely my besherte was here! I was meeting men and dating, but hadn’t found “the one”. I decided to take the classic Jewish route and hire a matchmaker. I wasn’t orthodox so I found a matchmaker who worked with all Jews regardless of observance level. Her name was Carol.  She ran a small matchmaking service called World of Singles from her home in Netanya. She introduced me to the man who would soon become my second husband.

Without going into detail, that marriage also ended. I desperately wanted to find my Jewish partner but was already on my second strike! I was past prime childbearing years so odds of me having a family were slim. I started to wonder if Hashem had other plans for me. Boy-oh-boy, he certainly did. Hashem wanted me to devote my life to starting many Jewish families - but I didn’t know that yet.

Carol and I became quick friends. She wanted to expand her services to Jerusalem so I began working for her - interviewing potential clients and making matches in Jerusalem. When every introduction was a success, we both knew that something special was going on. I left the jewelry store and began working full time as Carol’s assistant and I continued with her for many years.

As time passed, the internet expanded, more and more singles were online and I had a headful of dreams and plans for expanding the business; I wanted to take it global! Carol, however, was already tired of matchmaking and was ready to retire. I bought the rights to the World of Singles name as well as her database of thousands of clients. I took World of Singles in a fresh direction - an international direction. The rest is history.

I’ve now been over twenty years in the business and World of Singles is one of the top Jewish matchmaking services in the world. I’ve matched clients from all over the globe - although I now focus mainly on Jewish singles in the United States. While Carol limited herself to Israeli singles, I am making matches in the diaspora - though many couples eventually move to Israel.

It’s weird to connect so many Jewish singles to their besherte, with no success at finding mine. Truth is, I’m a workaholic and a husband would likely have felt neglected over the years. From the moment I began working with Carol I have lived and breathed World of Singles with almost no break. I don’t take vacations or holidays; it’s hard to stop working even over Shabbat.

I get soooooo much joy and satisfaction at working with Hashem to bring together Jewish singles. I feel I’m helping to create Jewish families all over the world and for me, that’s the most important thing I can do with the life that Hashem has given me.

I am truly blessed.